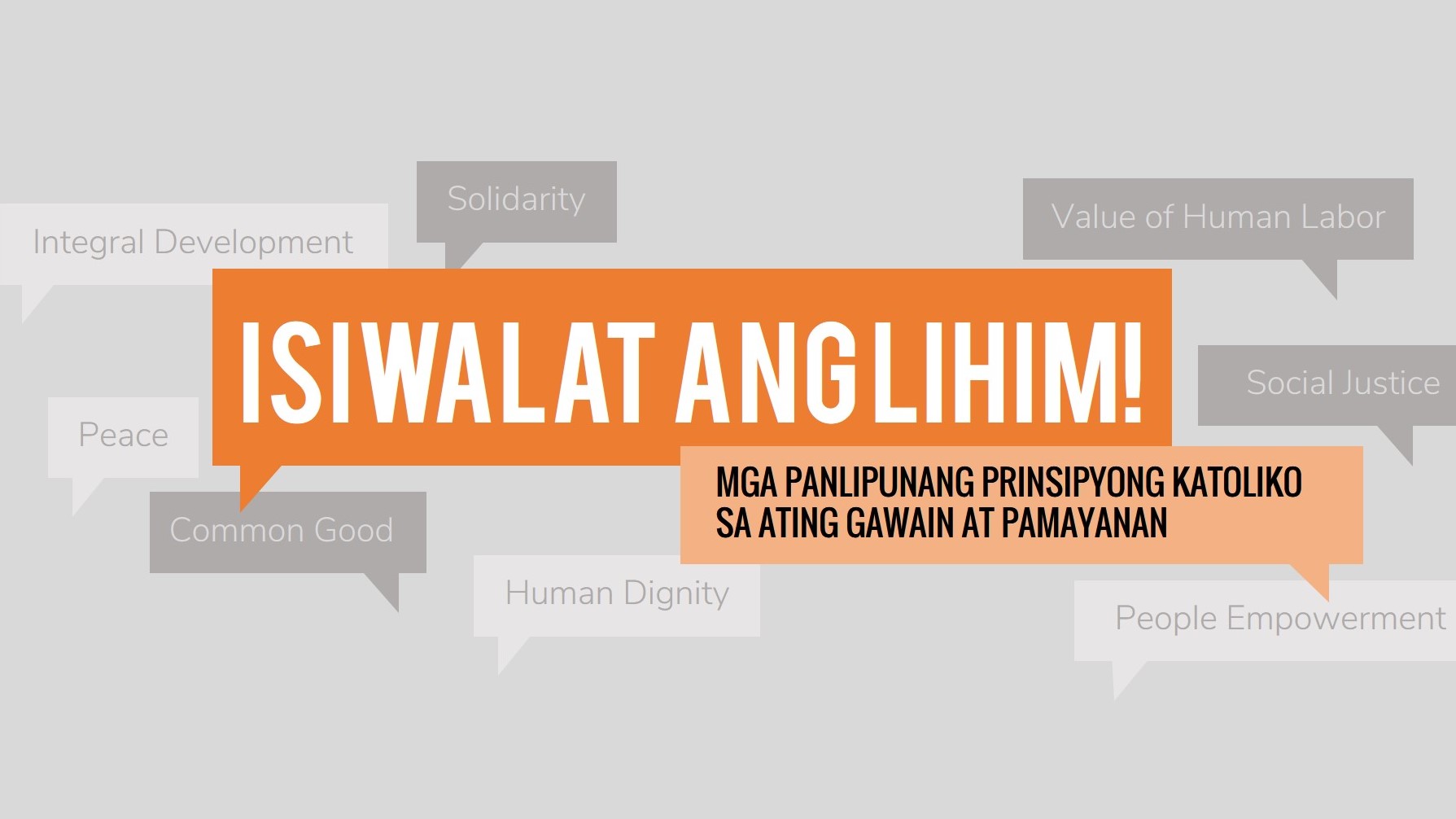 Following the successful pilot seminar in August 2016, JJCICSI and the Department of Theology of the Ateneo de Manila University recently organized a series of one-day Catholic Social Teaching (CST) seminars for the Institute’s long-time partners in its advocacy work.

Dubbed “Isiwalat ang Lihim! Mga Panlipunang Prinsipyong Katoliko sa Ating Gawain at Pamayanan (Spill the Secret! Catholic Social Principles in Our Work and Community),” the seminars sought to present Catholic social principles as a set of universal standards against which Catholics and non-Catholics alike can measure the quality and meaning of their work, as well as of the social, political, and economic structures within which they live. CST, it has been said, is the best kept secret of the Catholic Church. Most Catholics would be hard put to articulate its principles. Yet these principles often undergird the work of people of many faiths who seek to build a more just and compassionate society.

The first organization to participate in the one-day seminar-workshop was the Educational Research and Development Assistance (ERDA) Foundation, JJCICSI’s partner in promoting children’s rights. The seminar was held last January 20 at the JJCICSI Conference Room. A total of 30 ERDA staff members participated. Last February 10, the staff of two fellow organizations of JJCICSI in the social apostolate of the Philippine Province of the Society of Jesus—the Institute of Social Order (ISO) and the Simbahang Lingkod ng Bayan (SLB)—participated in the seminar held at the ISO Conference Room. The activity was attended by 36 staff members of ISO and SLB. Established in 1947, ISO is considered a pioneer in “responding to the needs and promoting the liberation of the marginalized sectors in society.” It is now working with fishing communities along San Miguel bay in Bicol and Lamon Bay in Quezon to protect and manage coastal resources. SLB, on the other hand, is the socio-political arm of the Jesuits in the Philippines that engages in programs and projects that promote genuine democracy and good citizenship. It was among the most active organizations that supported the Sumilao farmers’ claim over a piece of land in Bukidnon. The most recent CST seminar was held last February 18 with the staff of Foundation for the Development of the Urban Poor (FDUP) and community leaders from its areas of work (Navotas, Manila, Quezon City, and Valenzuela) at the FDUP office in Quezon City. FDUP is an NGO that assists organizations of informal settlers acquire title to the land they occupy (or wish to relocate to) and develop the site through the government’s Community Mortgage Program (CMP). JJCICSI and FDUP are members of the Urban Poor Alliance (UP-ALL) and the Partnership of Philippine Support Service Agencies (PHILSSA). Each seminar started with an elucidation of Catholic social principles by Mr. John Paul Bolano and Mr. Edwin Odulio of the Department of Theology of the Ateneo de Manila University. After the talk, a workshop followed in which participants made use of CST-based evaluation instruments to assess their work.