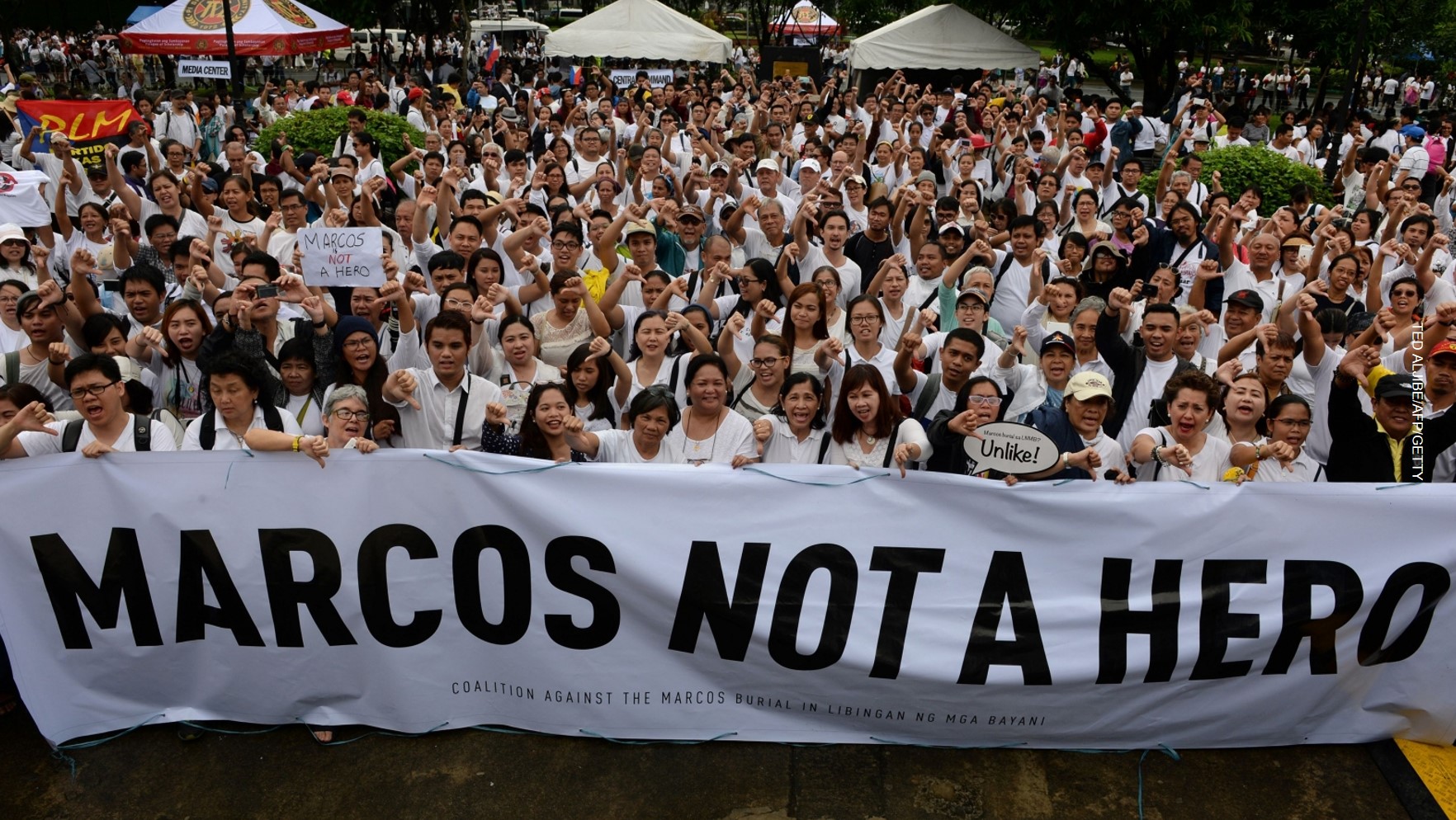 A statement that appeared in an article in The Economist concerning the government’s decision to allow the burial of former president Ferdinand Marcos’ remains in the Libingan ng mga Bayani says it well: “… [A]s one strongman buries another, the Philippines appears to be moving backward, not forward.”

It won’t be surprising if such a statement elicits another violent reaction from the President, who does not take criticism graciously especially if it is coming from a Western source. But who can fault foreigners as well as Filipinos for lamenting the way a nation that showed greatness in the nonviolent people’s revolt of 1986 is now cowering in fear and shame because of the actions of its government? Exactly 30 years after that shining moment in history, the same people must endure the humiliation of being told by the nation’s highest court that their heroism at Edsa, which forced the flight of the dictator, is but a political act with no legal meaning.

It is a consolation that there were five magistrates who dissented from the majority decision. They—Chief Justice Sereno and Justices Caguioa, Carpio, Jardeleza and Leonen—should be remembered for their moral courage and integrity. So, too, must be remembered the nine justices who trivialized the murders, plunder and abuse committed by the dictator, rendering these of no legal or historic significance to the question of whether Marcos deserved to be buried in the Libingan ng mga Bayani. Remembering is a faculty unique to humans. Without memory, no self-identity or human relationship is possible. Only by remembering can humans know truth, honor and justice. It is a people’s weapon against tyrants, including those in the judiciary, who destroy truth, honor and justice.

Each of the nine justices responsible for that despicable ruling—Bernabe, Bersamin, Brion, De Castro, Del Castillo, Mendoza, Peralta, Perez and Velasco—should be remembered. They should not be allowed to hide behind the name of their honorable office or behind the collective entity called “the majority.” Let us never forget their names and how they trivialized a nation’s greatness and a dictator’s shame.

First published as a letter to the editor of the Philippine Daily Inquirer.