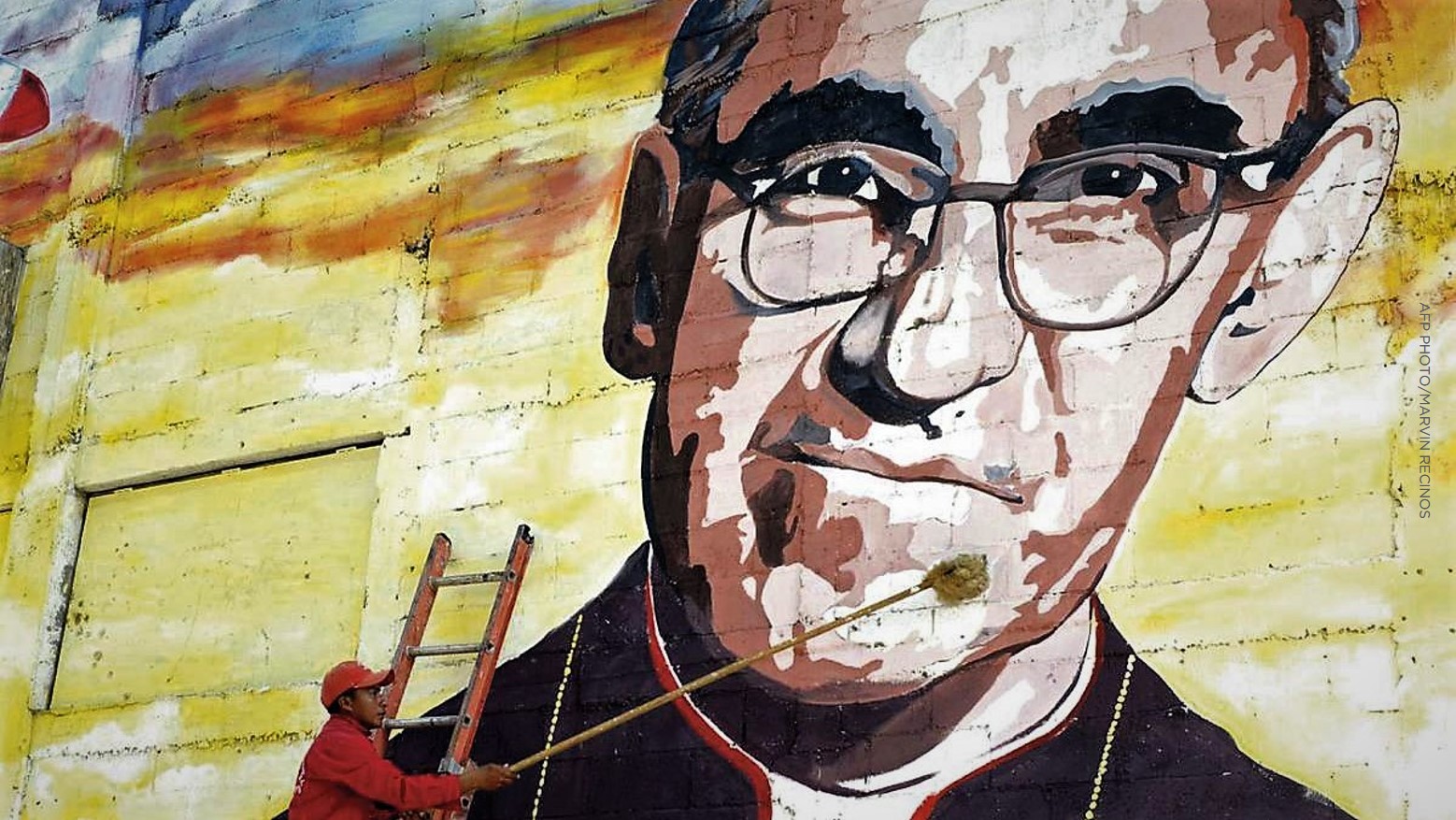 The address I remember best from my college graduation was from a man who had been dead five days.

Archbishop Óscar Romero of San Salvador was assassinated while saying Mass on March 24, 1980. On Feb. 17, he had urged US President Jimmy Carter not to support El Salvador’s military junta. On March 23, he had exhorted Salvadoran soldiers to disobey orders to kill dissenters. No one needed to ask who murdered him or why.  He had been made an example not to follow.

But when, at our graduation Mass, it was announced that snipers had rained bullets on his funeral, I felt he had spoken to us and given us a model to aspire to. Like El Salvador, the Philippines was ruled by a fratricidal regime which some of our bishops had been denouncing for years. At that moment Romero was my bishop, too.

Later I found in my parents’ house a paperback titled “Archbishop Romero: Martyr of El Salvador.” I keep the book to this day, its pages marked and falling apart.

Its author, Plácido Erdozaín, was from a Church organization called the Grupo de Reflexión Pastoral (GRP). Many GRP members worked with Christian “base communities” of the poor. All were opposed to the junta, which was brutal to the poor.

The base communities and the GRP were not popular with the junta, nor with most of the Salvadoran bishops—including, at first, Romero. A 1972 encounter with the GRP when he was auxiliary bishop of San Salvador had left much bad feeling.

When in 1977 he returned to San Salvador as archbishop, the GRP thought him autocratic, apolitical, and overfriendly with conservative Catholic elites. Their suspicion of him was not baseless. He later told them the Vatican had expected him to rein them in.

This did not happen. One reason was that he listened well. Another was that the regime’s violence called forth in him an instinctive compassion and solidarity with its victims.

Just before his installation, three foreign priests were tortured and expelled, a Salvadoran priest badly beaten. He first met with San Salvador’s clergy after the National Guard massacred protesters against electoral fraud. He asked the priests to open their houses to fugitives from the massacre.

In March 1977 Fr. Rutilio Grande, SJ, and two peasant companions were murdered. A grieving Romero called for public demonstrations and told the government no priest of the archdiocese would attend any of its official events until the facts about Grande’s death were resolved. He later asked for the return of expelled priests, the resolution of other assassination cases, and an end to repression.

But the repression tore on. Parishes were attacked, lay workers detained for possessing bibles, a youth retreat raided, its spiritual director killed. Priests, lay workers, and members of their families were tortured and murdered. Labor Day protesters were slain in the cathedral plaza.

Romero responded with compassion for those killed and bereaved, encouragement for survivors, and denunciation of the perpetrators. But soon he began to suffer for this prophetic witnessing. Most of the Salvadoran bishops shunned him. He endured snubs at the meeting of the conference of Latin American bishops in Puebla, Mexico, in 1979. He was subjected to Vatican admonitions, smear campaigns, death threats. His house was shot at. A dynamite-filled suitcase was left near the site of one of his Masses.

Romero persisted with sure, serene courage. I suspect one source of this courage was a practice Erdozaín disparages: solitary silent prayer. For Erdozaín, this was the vestige of an introverted faith, inferior to a faith rooted in collective analysis of the situation and work with the people. But I imagine that this discipline of prayer was how Romero drew strength from the Savior under whose banner alone he marched.

Those Savior’s words were the last he spoke as the bullet pierced his heart: “This is my body, which will be given up for you.”

They had sought to make of him an example not to follow. Today, as Blessed Óscar Romero, he remains an example to us of courageous witness to the truth of the Savior, whose own example he followed to the end.

First published in the Philippine Daily Inquirer. Photo by Marvin Recinos for AFP.