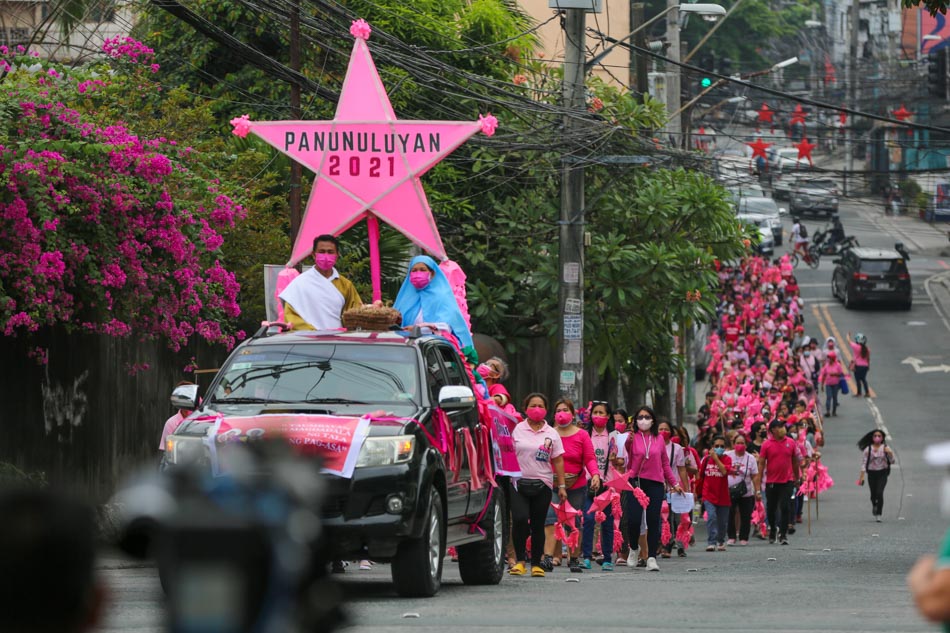 Who’s not touching some grass?

The people’s organizations our institute has been working with for various advocacies—from reforming government’s housing policies and programs to opposing the killings and senseless violence in the anti-illegal drug war—are throwing their support behind Vice President Leni Robredo.

Even before she announced her decision to seek the country’s highest post, many of these groups have been encouraging her to serve the whole nation, especially those in the margins like them. They believe in her. They trust her.

So as soon as VP Leni heeded her supporters’ call to run for president, these urban poor groups were among the first to embark on a largely volunteer-driven movement. With monetary contributions from their members who also support VP Leni and donations from like-minded individuals, many of them started weekly soup kitchens serving lugaw to raise awareness about their chosen candidate. One organization with members engaged in garment printing initiated a free shirt-printing activity as their expression of support to VP Leni. They do these despite being verbally harassed by avid supporters of other candidates.

Those working with alternative law NGOs set up community clinics that provided legal education and counseling; the Vice President herself used to be an alternative lawyer. Medical missions in resettlement sites were also organized with the help of volunteer doctors and health care practitioners. Although these efforts primarily aim to make VP Leni known to their communities—without engaging in premature campaigning—urban poor leaders and their partners say this is their small contribution to spreading the message of service that the Vice President embodies.

Days before last Christmas, they participated in the annual panunuluyan, a reinterpretation of the Holy Family’s search for a place to stay to reflect the plight of the urban poor, especially the homeless in our cities. Carrying bright pink parols and marching in the streets without causing traffic mayhem, they publicly proclaimed VP Leni as the leader Filipinos need and deserve.

I share these because it disheartens me to learn that there are people, especially in social media, who describe the campaign of VP Leni as “elitist,” implying also that she herself represents and belongs to the privileged class. Unfortunately, they see only the “pink caravans” or motorcades by private car owners waving pink ribbons and freshly printed posters. Such parades are a middle-class spectacle, they claim, participated in by those who can afford to risk losing a day’s worth of work and, more specifically, can spend money on fuel. Touch some grass, VP Leni’s supporters are told.

When I read such comments, I feel slighted for our partners who, I can confidently say, are exerting a lot of effort in campaigning for a leader they believe in because they have seen how she has helped and interacted with people like them. Among them are the people who are as exasperated as many of us with government leaders who seem to have other priorities instead of responding to our urgent needs as the pandemic rages on. Among them are parents and children who lost their loved ones to the drug war, who do not want others to experience the loss they have suffered. Among them are breadwinners who now strive to look for work or to continue making ends meet because there are not enough jobs available. Among them are informal settlers in the crosshairs of unfair eviction and demolition, as well as residents of resettlement sites who have been forced to endure unacceptable conditions in these distant housing projects. Among them are from families that struggle to get back on their feet and on with their lives after a devastating flood or fire in their defenseless communities.

Persuading their neighbors to choose VP Leni is an uphill climb for many of the urban poor leaders, especially when her rivals offer money and other material benefits to people. But they persevere no matter the odds. If there are more effective ways of “touching some grass” and making the electoral campaign focus on pressing issues faced by people on the ground, please let these volunteers in our partner communities know.