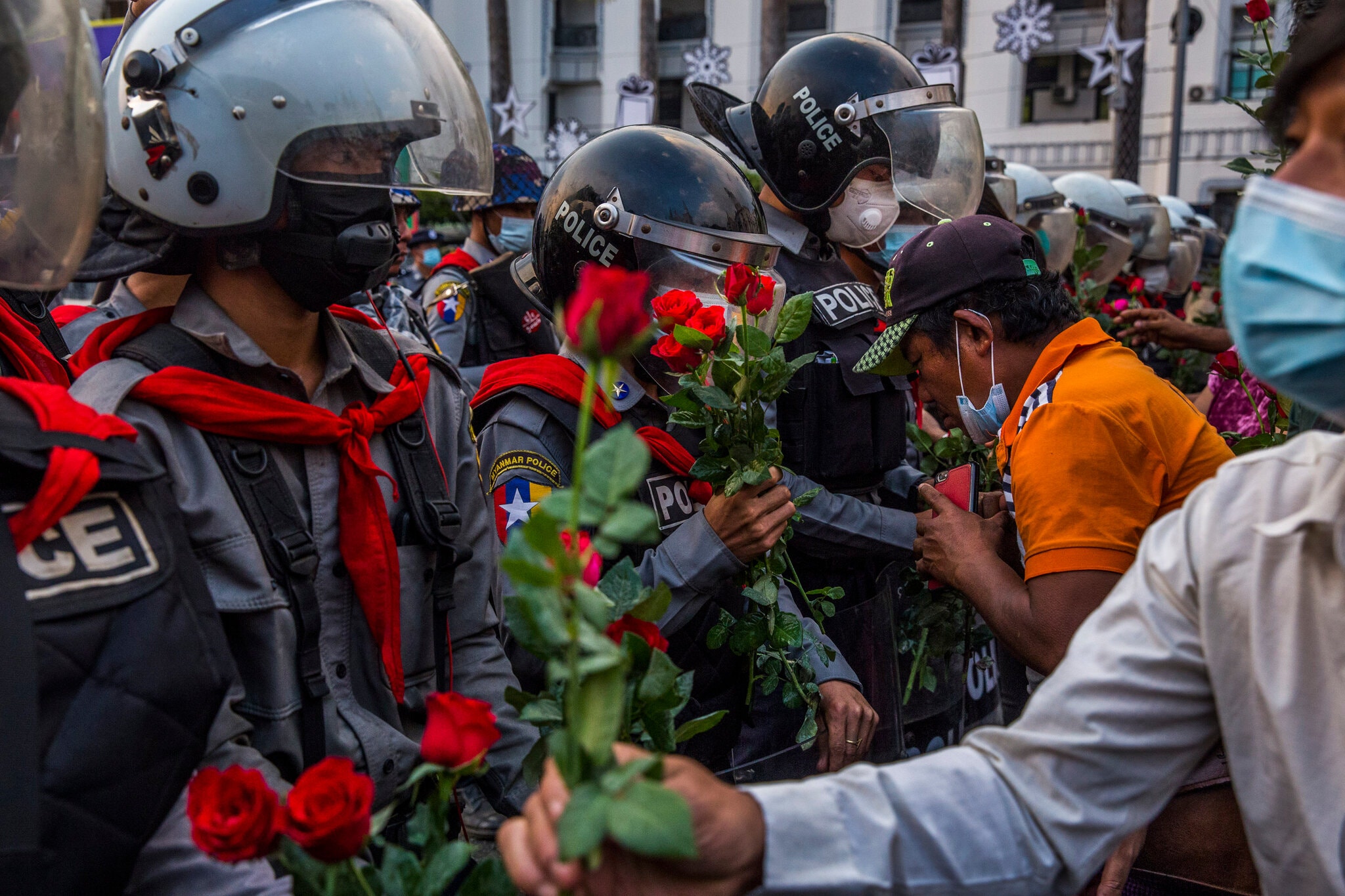 In Myanmar a fragile decade of democracy has suddenly been snuffed out by a military coup. The country’s elected leaders were taken away in military vans in the dead of night, and slapped with flimsy charges that do not even begin to obscure the blatant power struggle at play. Water cannons, rubber and live bullets have been fired at peaceful protesters, and night-time arrests have bred an atmosphere of fear. It is a tragedy for the people of Myanmar who have already suffered much under generations of military rule.

And yet, there is much reason to admire and respect how the people of Myanmar have so quickly organized themselves and met the might of the military head-on with the only weapons they could muster: their own bodies. In day after day of mass protests, ordinary people have taken to the streets, risking arrest, injury, and even death to defend their freedom and each other. Government workers at all levels have sacrificed their livelihoods by going on strike in a growing civil disobedience movement, and others have helped by creating and donating to a fund to support them. In the terrifying nights, people bang pots and pans to warn their neighbors of approaching police, and gather on the streets to surround police vehicles, using their own bodies to shield those in danger of arrest. The military’s weapons of violence have called forth a more formidable force: the solidarity and nonviolent resistance of a people determined to care for each other.

I wonder if the ordinary people now engaging in such acts of bravery had known in the preceding days that they were capable of such courage and generosity of spirit. In Pope Francis’ new book, “Let Us Dream,” he writes: “In the trials of life, you reveal your own heart: how solid it is, how merciful, how big or small. Normal times are like formal social situations… You smile, you say the right things… without ever having to show who you really are. But when you’re in a crisis, it’s the opposite. You have to choose. And in making your choice you reveal your heart.”

In this time of crisis, the people of Myanmar have shown us the extraordinary capacity of the human heart to choose freedom and solidarity in the face of tremendous odds.

What can we say about our own hearts? No doubt these scenes of nonviolent resistance bring to mind our own country’s bloodless revolution in 1986, when prayer, solidarity, and compassion prevailed over the might of a dictatorship. But how have we fared since then? Perhaps what does not happen in a crisis is also revealing. How have we not responded to the crisis of the drug war in which thousands of the poor have been killed on our streets? To the crisis of rampant inequality that has left so many jobless and hungry while others enjoy luxurious lives in walled-off subdivisions? To the crisis of education in which our children in public schools struggle even to read, and come out rock-bottom in various international rankings?

When vaccines finally arrive in our country (having been delayed because rich countries have bought up the lion’s share of the world’s supply), do we even dare to hope for equitable distribution?

These days, the Catholics among us have begun observing the season of Lent, when one is invited to become more aware of the reality of sin in our lives, return to a God who loves us, and welcome God’s merciful and healing grace into our brokenness. This year, perhaps it is an opportunity to look beyond ourselves to our society, and the social sin that has oppressed and marginalized so many of our brothers and sisters. Much of the suffering, perhaps, comes from factors beyond our control. And yet it is also true that each of us is complicit in the kinds of political, economic, and social structures that enable injustice and keep many in our society excluded from the basic goods that we all should share.

May we, like the people of Myanmar—and as we ourselves have done in the past—have the courage and generosity to go beyond indifference, and choose the kind of solidarity with each other that is our only hope for real change.

This articles was first published in the Philippine Daily Inquirer. Photograph by The New York Times. 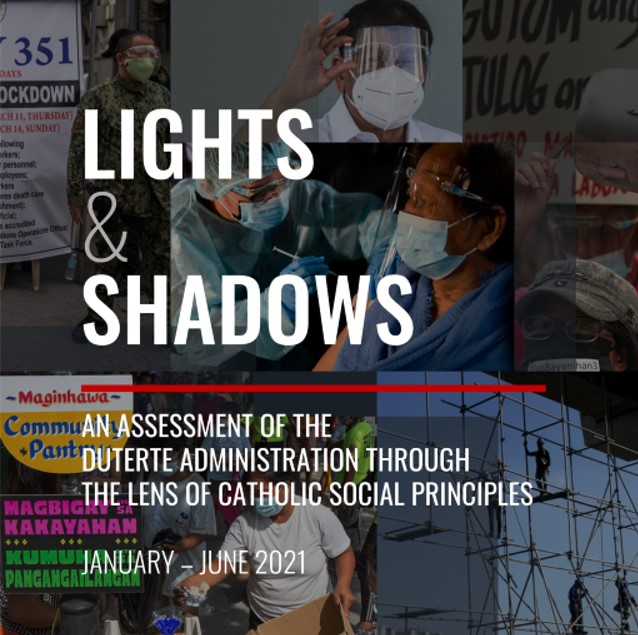