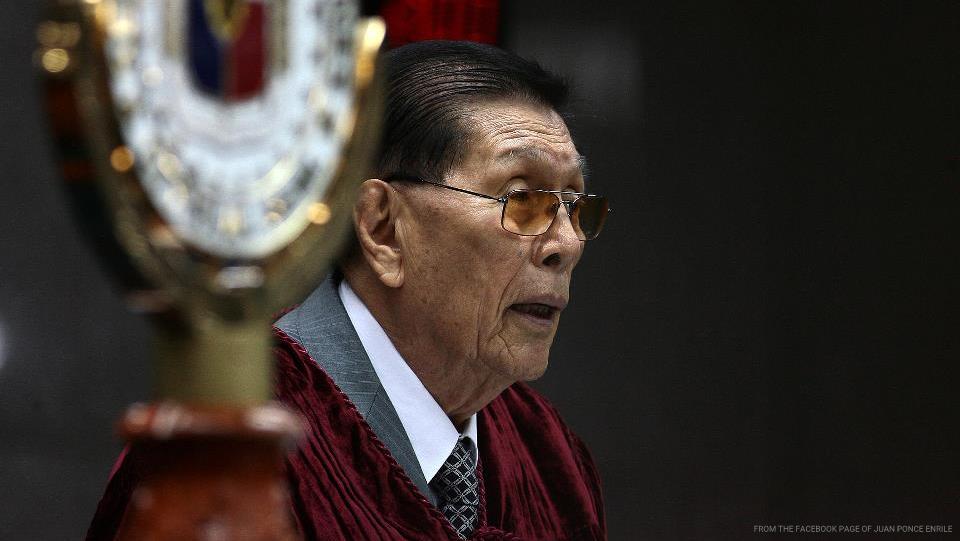 Neither sense nor sensibility The Supreme Court’s decision to grant bail to Sen. Juan Ponce Enrile, who is accused of a nonbailable crime, on humanitarian considerations, has brought attention to the disagreement between two of the Court’s justices.

Disagreement can be a good thing. Far from eroding my respect for the Supreme Court, Justice Marvic Leonen’s dissenting opinion, and the fact that three other justices disagreed with the majority, gave me reason to keep my faith in this institution. I am thankful to Justice Leonen for giving voice to the sentiments of Filipinos like myself, who are frustrated and angry with the culture of privilege and impunity that continues to make a mockery of our people’s aspirations for good democratic governance. I am saddened however that the Supreme Court in this instance, because of eight justices, missed the opportunity to demonstrate that privilege and impunity no longer have a place in our system of justice. What an immense failure.

The sensibility from which I speak is just my own, which obviously the eight justices do not share. I am not a lawyer so I cannot speak as one. My sensibility is of one who sees in accused Senator Enrile not someone who has been deprived of his right to life and liberty but one who, throughout his public life, has been accorded nothing but the privilege to enjoy life and liberty over and above what ordinary citizens can expect. My sensibility is of one who remembers too well his transgressions against the Filipino people and how he has not been punished for any of them. A sociologist once described him, along with some other politicians, as “representing both the evil that lies today at the heart of Philippine political life and its roots in the past.”

I think of Senator Enrile as one of the architects of Marcos’ martial law which inflicted untold sufferings on many Filipinos detained and tortured during that dark era. How many Filipinos were unjustly deprived of their life and liberty under martial law’s cruelty? Not to mention that martial law set back the country’s development by many years, leaving the Philippines an economic basket case by the time Marcos fled the country. Did not Enrile admit to being part of a faked ambush, one of many tricks the regime played on the people? Was not Enrile among those who supported the coup attempt by a group of ambitious military men in 1989 against Cory Aquino’s democratically elected government, even as President Cory’s supporters were the very people who saved him from certain death in February 1986? I take this betrayal personally because I went to Edsa on the very night that Jaime Cardinal Sin asked people to protect Fidel Ramos and Enrile. Did Senator Enrile ever get the punishment that he deserved for all these transgressions and betrayals?

And now he is accused of plunder. If the charges are true, the man obviously has neither fear of nor respect for the country’s laws. He sees no limits to his entitlement to privilege. When the eight justices referred to him as having a “solid reputation” as a public servant, I was aghast not only because it was completely untrue but because the eight justices in effect bought into the lie which this man has tried to foist on this nation for most of his 91 years. How could eight justices be so devoid of the breadth of perspective needed to discern justice and the common good? Enrile’s record of public service is one of consistently using public office to assert privilege.

My sensibility as a 57-year-old Filipino having been thus offended by the Supreme Court’s decision, I tried to see what sense there could be in the eight justices’ position? If they chose to disregard the sensibilities of Filipinos like myself, did prudence and good judgment compel them to seek a greater good?

The man was under hospital arrest and, in the eyes of many, was already being given special treatment as he was not detained in a regular prison and had the benefit of access to facilities that could respond to his medical needs. Prudence and good judgment would have demanded that the justices recognize the possible implications of their decision for other cases of plunder before the Sandiganbayan.

I take my lessons in the sociology of punishment from Fr. John J. Carroll, SJ who wrote, in a book “Engaging Society: Musings of an Oxymoron,” that “when the basic values of a people are flagrantly violated, the people… rise up and demand punishment—not out of revenge but simply to reassert and vindicate those values.” In the book’s introduction, I wrote, “otherwise, these values lose their moral force on society’s members. For [Carroll], a society that fails to affirm its values will self-destruct. Filipinos have a choice in producing either a society built on justice and integrity or one that operates primarily from the dictates of power.”

What the eight justices have done is to once again uphold the superiority of power over values in our society. The decision is a bad one, for it is served by neither sense nor sensibility.