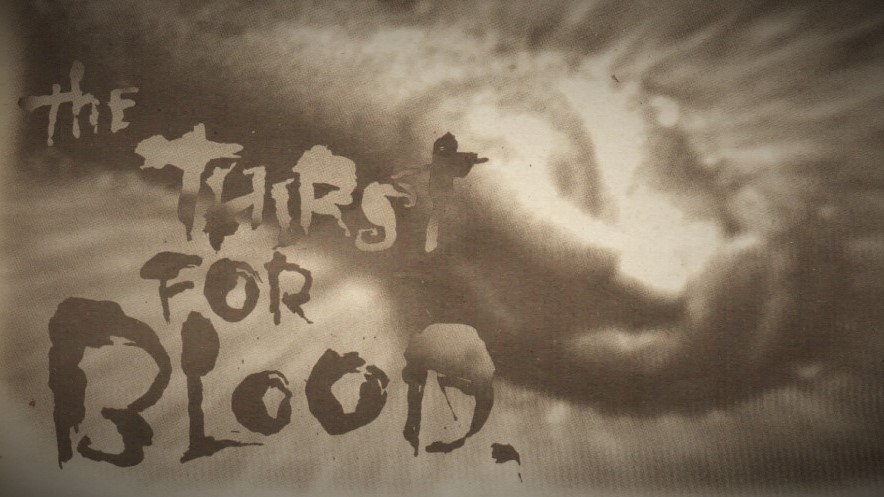 From The Archive: The Thirst for Blood

A witness to a hanging in the Philippines, in 1819, described “how the victim was pushed off a ladder with the hang man humping ‘astride his neck with his heels drumming with violence upon his stomach’ while people below the gallows pulled on ropes attached to both legs” (Bankoff, 1996). That scene, and the accompanying descriptions of immense crowds which turned out to witness such events, remind one of the ghoulish behavior surrounding the execution of Leo Echegaray. We are told that a mob of reporters followed the hearse bearing Echegaray’s body to the funeral parlor, and that one of them managed to get close to it, raised the foot and reported excitedly to his radio audience that it was still warm.

There are other, less dramatic but nonetheless thought-provoking examples. When Cardinal Sin wrote a pastoral letter asking that we reflect on what the reintroduction of the death penalty could mean for the nation’s values, the president of the pastoral council where I celebrated Mass that Sunday refused to read it and—while someone else was reading it—distracted those sitting nearby with comments supporting the death penalty.

What is it that brings out such behavior in people? How are we to explain the passion with which many, otherwise good people and good Christians demanded the death of Echegaray? I use the word “passion” deliberately, for “reason” had little to do with it. Nowhere has it been shown that the death penalty of itself is an effective deterrent to crime; bank robbers risk sudden death on every “job” they undertake. Effective deterrence, on the other hand, is the certainty or high probability of being arrested, convicted, and punished. Thus the list of 46 “heinous crimes” deserving the death penalty in Philippine law is a ridiculously and embarrassingly long admission of the failure of our justice system, the unwillingness or inability of those in authority to clean it up, and the need of legislators to imagine or pretend that they are “doing something” about crime.

The cries “justice for Baby” and “justice” for other victims of violence throw additional light on motivation and cultural values. They assume that punishment of the perpetrator somehow “makes up for” the suffering of the victim, is due in justice to the latter and is sought by him or her for that purpose—which would be a most unchristian seeking for revenge. There is no need to cite here the Lord’s teaching in the Gospel on forgiveness of enemies and His own example in praying for those who were crucifying Him.

It is true that the courts sometimes award “compensatory damages” to the victims of injustice—as in the case of the human rights victims of ex-President Marcos—but this is aside from punishment for the crime. Punishment for the crime is precisely society rising up to defend one of its values that has been violated, and is quite distinct from justice to the victim; even if the victim should decide to desist and not press charges, the courts as representatives of society may go ahead with a trial and punishment.

This point is crucial, for shared values are the glue which binds society together. Of society again and again chooses to ignore attacks on these values, they become degraded into mere personal preferences, and the glue begins to dissolve. Filipinos have seen this in the amnesty given to collaborators after the Japanese occupation and in the easy reentry of the Marcos cronies and the torturers and murderers of 10,000 human rights victims into respectable society. These moral lepers still walk freely among us. Had severe and just punishments been handed out without fear or favor, if the collaborators, torturers, and murderers were in Muntinlupa to this day, there might be a stronger sense of the nation and of human rights, and far less graft, corruption, and self-seeking in national life than we now see.

Why then the clamor for the death of Echegaray? My guess is that it was the product of frustration with our police and legal systems, and sheer blood lust. The frustration we can easily understand; we read day after day of so many crimes committed against the weak and powerless, and few of the criminals brought to justice, that it is somehow satisfying to find a malefactor and see him punished. It serves as a release, a catharsis for our resentment against criminals and the whole system.

And blood lust? Or a ghoulish preoccupation with death? One could interpret the scenes described by Bankoff, and cited above, in those terms. Likewise the media fascination with the dead body of Echegaray. Perhaps it has something to do with the Filipino addiction to cockfights, but it is not peculiar to the Philippines. American are just as addicted to another blood sport, and one that involves humans, namely heavyweight boxing, and Spaniards to bullfights.

Yet, worldwide there is a growing sense of the inviolable dignity of the human person and a growing disenchantment with the death penalty. This was true in the Philippines as early as the nineteenth century, as Bankoff reports (p. 182). “Even murderers were seldom executed. The number of persons executed in any one year seldom exceeded 10 percent of the total number of murder cases, and even this figure declined to fewer than 2 percent after 1875…. Only in the case of rebellion was capital punishment frequently imposed.” Today only 91 nations, less than half of all nations, make use of the death penalty.

It is sad that a Christian and Catholic nation such as the Philippines continues to make use of the death penalty despite the very recent (January 27, 1999) appeal of Pope John Paul II.

“The new evangelization calls for followers of Christ who are unconditionally pro-life: who proclaim, celebrate, and serve the Gospel of life in every situation. A sign of hope is the increasing recognition that the dignity of human life must never be taken away, even in the case of someone who has done great evil. Modern society has the means of protecting itself, without definitively denying criminals the chance to reform…. I renew the appeal I made most recently at Christmas for a consensus to end the death penalty, which is both cruel and unnecessary.”

Published in From The Archive