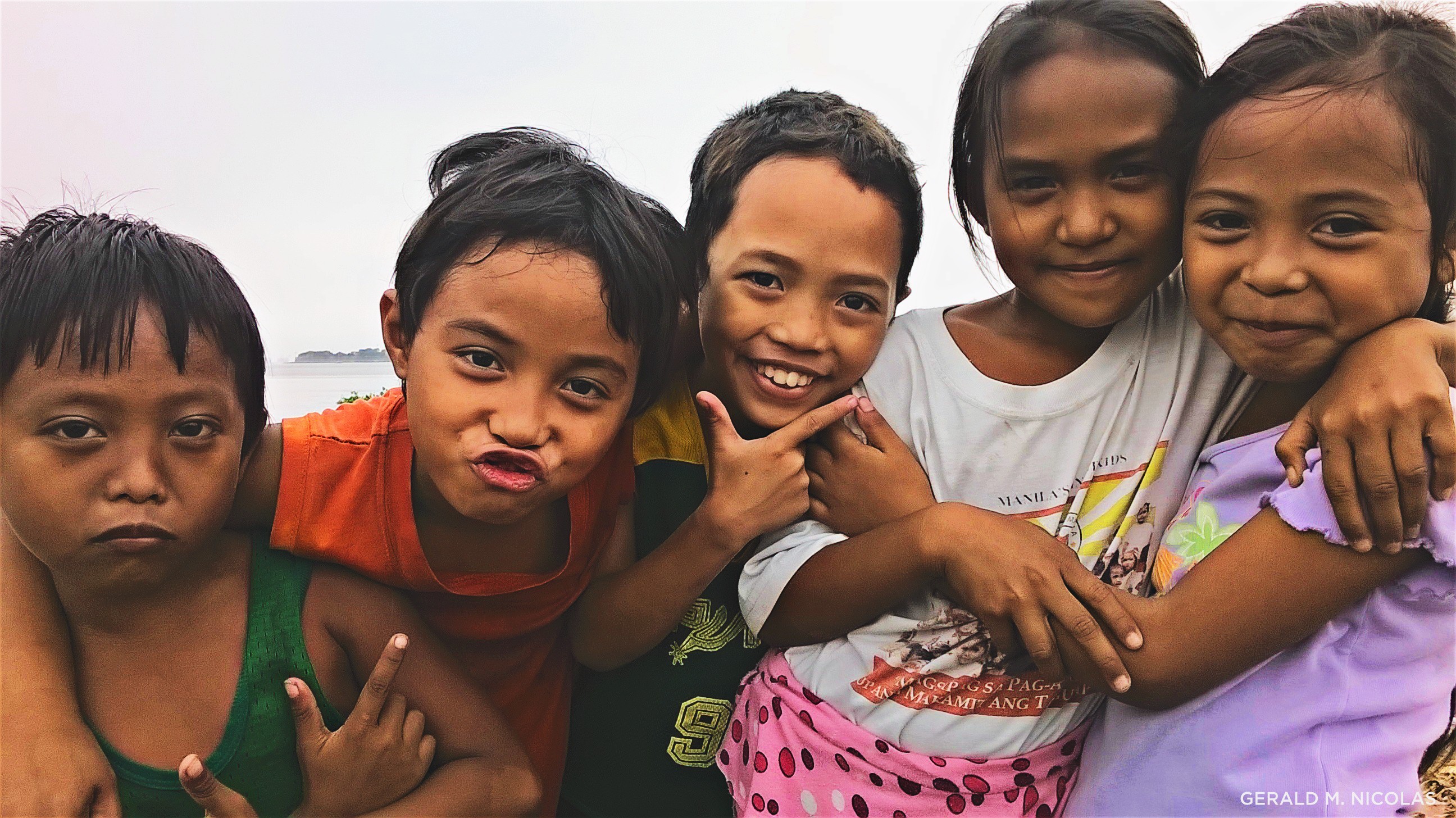 Children in the rain Rain is something many of us anticipate and dread at the same time. Commuting on a hot, sunny morning makes us sweaty all over, leading us to crave the coolness that rain can bring. In the afternoon the temperature drops, clouds form, and rain does fall.

But with the anticipated coolness brought by the rain comes the threat of flooding. “Is there a typhoon forecast?” we often ask. Even if there’s none, the strong wind, the heavy rainfall, and rain as the trending topic on Twitter and Facebook are enough to make us feel insecure. Our worries range from a simple challenge such as the difficulty of being trapped in a jeepney stuck in traffic to something as life-threatening as floodwaters submerging our home—a common experience for families living along the waterways of Metro Manila.

Stronger and less predictable rains have become the “new normal.” After all, even the weather bureau can be wrong in its predictions. But how the rain is a constant threat to families whose houses could be submerged and whose livelihoods could be compromised is more predictable than we think.

In 2013, the National Housing Authority reported that there are more than 100,000 informal-settler families living in danger areas in Metro Manila; of the number, more than 60,000 live on or along the major waterways. The national government has been implementing a P50-billion housing program for informal-settler families living in these danger areas, as well as a flood control master plan envisioned to address the dread felt not only by these families but also by most residents of the metropolis. These efforts may open up spaces for community participation, especially in planning for in-city resettlement to provide safer housing for these families. But these spaces are often limited to community leaders and normally do not invite the participation of a segment of the population most affected by resettlement: the children.

In a study commissioned by Save the Children in 2014 among children in communities to be resettled (“Securing the Rights of Girls and Boys in Urban Poor Relocation Programs”), it was found that children learned of their family’s impending move from their neighbors. The parents may have been too busy worrying about how their family would cope with the relocation, or they may have thought that such a move is a concern for adults and that children should be spared from worrying about it.

But resettlement is a concern of children, too. The new dwelling will determine whether they would only have to walk or need to ride a tricycle to get to school—that is, of course, if they even get to transfer to a new school at all. The new dwelling may be near or far from a barangay health clinic where they can avail themselves of health services such as free checkups and medication if they get sick. Their grandparents, uncles and aunts may now be living near or far from them; their new neighbors may or may not help their parents in times of need. Their new community may be a safe or dangerous place for them to play hide-and-seek in, or it might not even have a playground—a space considered essential by children but overlooked by adults.

These are just a few of the concerns that children expressed when they were asked how they felt about resettlement. But how often do they get to be asked? And how often are their voices heard?

Government relocation programs are generally blind to children’s needs and concerns. Of the roughly half a million people estimated to be living in danger areas in Metro Manila, at least a third, or 170,000, are below 15 years old. Children are citizens, too, and we owe it to them and to ourselves to give them a chance to develop to become engaged adults in the future.

Meaningful engagement in the future will only be possible if we allow them as early as now to participate in government programs and projects and to express themselves and be heard. It is imperative for the government, also as a way of fulfilling its commitment to the United Nations Convention on the Rights of the Child, and for other stakeholders to consider how resettlement impacts on children and whether the current processes serve their best interests. The government must look into creating spaces for children to take part in these processes according to their evolving capacities. Providing children with information appropriate to their age and letting them know that what they think matters are crucial steps toward making the resettlement program child-sensitive. These will also make political spaces more democratic for our younger citizens, who, after all, hold our future.

Children enjoying the rain and splashing in floodwaters are a common sight not just in informal-settler communities and resettlement sites but also in ordinary communities.

It is high time the children were heard, rain or shine.

Note: This piece was originally published by the Philippine Daily Inquirer (14 July 2015).