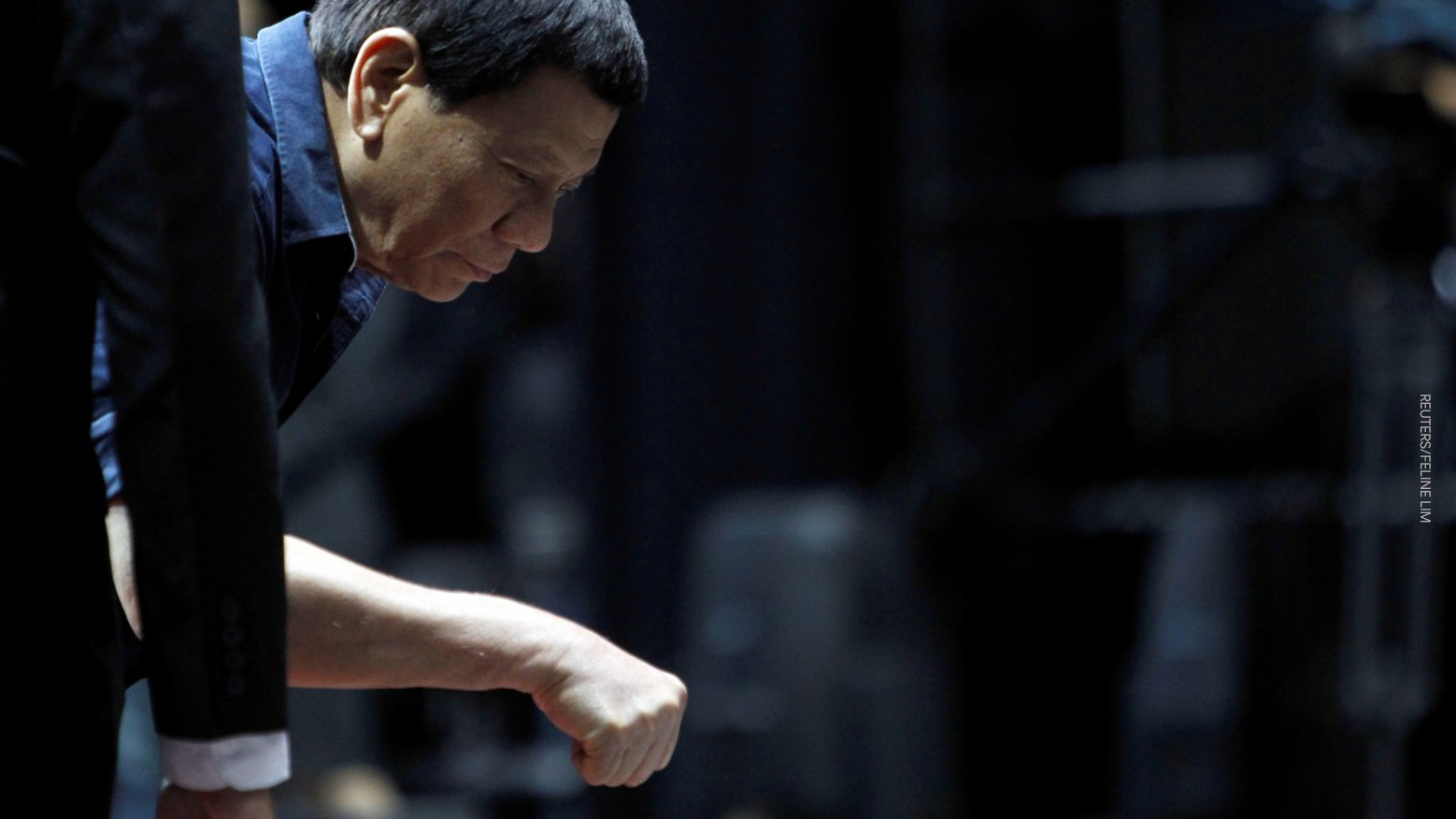 When all you think you have is a hammer

I doubt if many people were surprised when President Duterte said that he would employ “assassination teams” and “death squads” against communist rebels and their sympathizers. Some may have been indignant or jubilant, but probably not surprised. Unfortunately, presidential pronouncements like these have now become par for the course.

In fact, there only seems to be one tool in Duterte’s toolbox with which he addresses every problem that rears its head: violent force. This violence is used indiscriminately against drug addicts, the New People’s Army, critics of his policies, and other undesirables. It explains his reliance on the military and police, the legitimate dispensers of state violence—the way he praises and protects them, raises their salaries, and calls them in to “fix” corrupt government agencies.

It even explains his approach to China. When violence is the only language you speak, and along comes an implacable foe that you cannot hope to subdue by force, the only possible response is to placate, court and hope for mercy.

In the Edsa People Power Revolution of 1986, the Philippines astounded the world by achieving what had never been done before: the overthrow of a repressive dictatorship without bloodshed, through peaceful, nonviolent means. We inspired people of other nations to follow in our footsteps by seeking regime change through peaceful means.

What has happened since then? How have we ended up here with a President whose primary tool is violence? Who has offered bounties for killings of rogue cops and communists? Whose bloody war on drugs has resulted in more than 20,000 deaths to date, according to human rights groups?

We would be remiss to lay the blame for all this only at the door of Malacañang. If the Social Weather Stations surveys are reliable indicators, by and large, the majority of Filipinos seem to approve of the President’s violent ways. In September 2018, 76 percent of respondents were still satisfied with the administration’s campaign against illegal drugs, and Duterte’s net trust rating was “very good” at +62. Those who are on the other side of the fence might struggle to understand how this is.

Unfortunately, the reason for this can be seen all around us. Like it or not, violence seems to be hardwired into our culture. Recently, I bought a set of blocks for a friend’s 4-year-old son, and the first thing he did was to make a gun out of them and shoot at us from behind a flowerpot.

How does a little child like this get such an idea? Just look at the kinds of films showing on our TVs and in cinemas, and the kinds of computer games our teenagers play, in which the heroes make everything right by punishing or blowing up the bad guys. We then reinforce that message when we deal out corporal punishment to our children in response to misbehavior. Is it any wonder that every little boy of my acquaintance wants to be a policeman?

Seen against this backdrop, the emergence of Duterte on the national stage is only the inevitable manifestation of our collective belief that might makes right. The million-dollar question now is: How do we get out of this mess we have created for ourselves?

Part of the answer surely lies in interior conversion. There cannot be peace in society in the absence of peace within us. We need to create spaces of peace within ourselves in which we do not lash out violently at other people as a response to our own fear, insecurity or pain. This is true both in our personal relationships and in public discourse, where incivility now seems to be the new normal.

We need to find ways of genuinely listening to and conversing with people whose views differ from our own, and ways of understanding and constructively responding to people whose behaviors we don’t approve of. We need to find new tools for our toolbox—methods of dealing with challenges that include dialogue, empathy, exerting pressure in nonviolent ways, and addressing the real roots of problems.

When we have tools other than a hammer, every problem stops looking like a nail. It is not too late to return to what we knew in those heady days at Edsa: solidarity, love, nonviolence. These were once the Filipino people’s gifts to the world. They could be again.