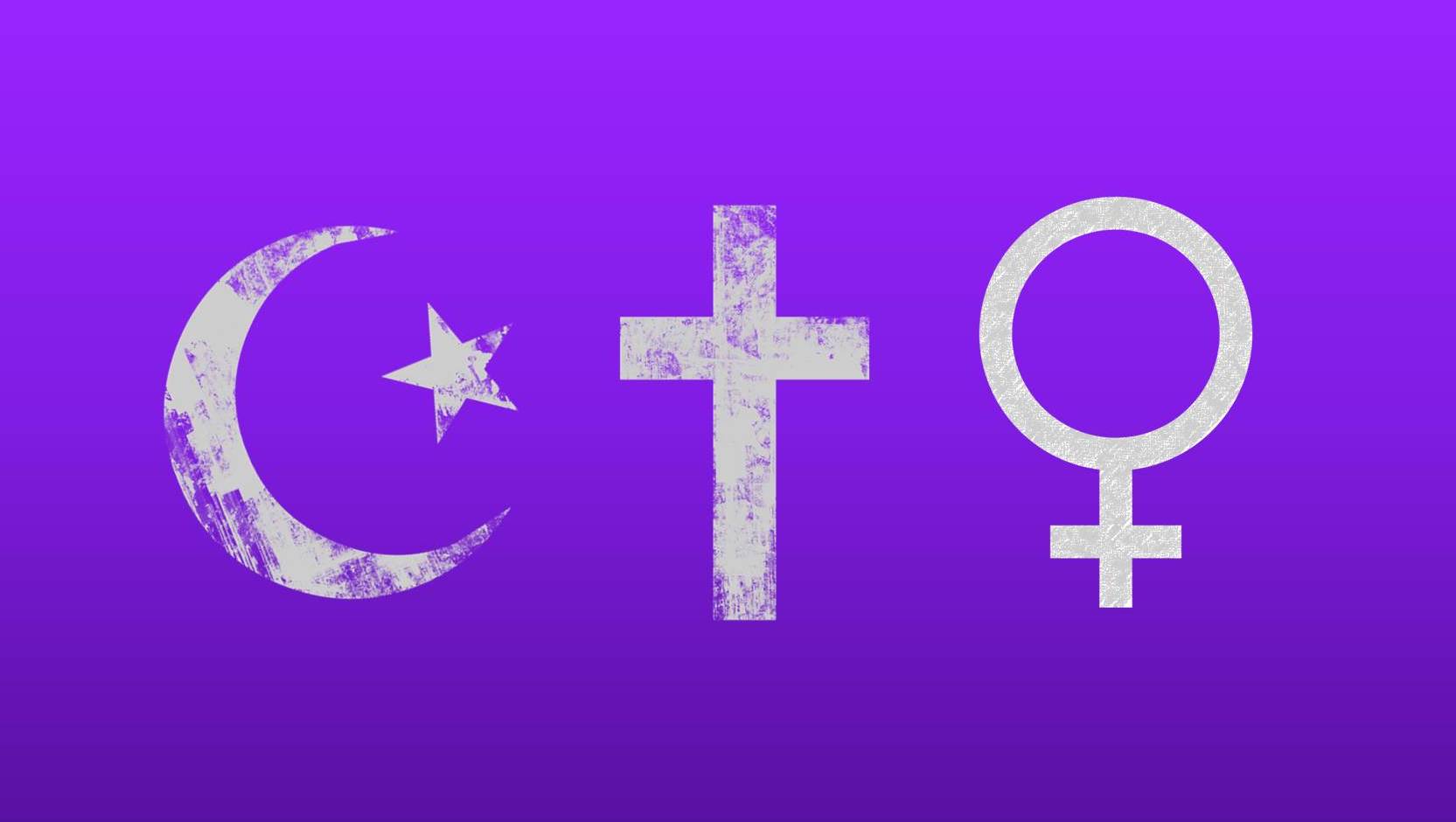 A popular “presidentiable” is reported to have said the only crime he ever committed was rape, and his victim had thanked him for it. That charming anecdote, told by a fan of his, was meant to exemplify his endearing sense of humor—also at play, supposedly, when he admitted ties to death squads.

Social media have lately buzzed with talk about a dubious compliment to Filipino women by a respected social enterprise guru. “Beautiful women,” he had said, were the country’s “greatest asset,” drawing foreign men and their money and brains into the economy, and producing “cappuccino” progeny with them.

Both witticisms expose the sorry level of political and civil discourse (and wit) in our country. They also demonstrate two ways women are still spoken of: as legitimate objects of subjugation, and as agents primarily of sex and reproduction.

Major religions have often spoken of women in the same two ways—except they’re not joking. Religions are dead serious about their statements on gender. That may have dead serious consequences for public policy. Yet those statements are often at odds with the religions’ fundamental teachings.

On May 27, 2015, 37 women and one man, of various religious and irreligious persuasions, met to examine the policy implications of gender perspectives in Islam and Roman Catholicism. The workshop was the last session of a three-day National Conference on Women, Peace, and Security and the Bangsamoro Basic Law, organized by the Gaston Z. Ortigas Peace Institute Inc. and the feminist group Pilipina, with funds from the United Nations Development Programme and the German Catholic aid agency Misereor. The session was cosponsored by the John J. Carroll Institute on Church and Social Issues as part of a nine-country research project on religion and social transformation in Southeast Asia. The project is headed by the Indonesian Consortium for Religious Studies and funded by the Henry Luce Foundation.

Some feminists object to the BBL because of its Shari’ah law provisions. Feminists at the conference, however, supported the BBL. The Muslims pointed out that BBL or no BBL, Shari’ah has been in force since 1977 under the Code of Muslim Personal Laws of the Philippines. The first speaker, Zahria P. M. Mapandi, executive director of Al-Mujadilah Development Foundation Inc., hoped that the BBL might offer an opening to alter provisions of that code which are unfavorable to women—for instance, the extremely young legal age of marriage.

Mapandi observed that Muslim laws which subordinate women are inconsistent with “the true Shari’ah”—the Koran—which preaches the equality of all. She asserted that Islam’s advent, far from inaugurating women’s subordination, freed them from a situation of extreme subordination and violence, in which female infants were buried alive and women of all ages were men’s chattel. If some Muslims today proffer interpretations of Islam that justify women’s subordination, it is, she argued, because such interpretations are embedded in patriarchal cultures that do not uphold true Islamic principles. She urged Muslim women to study the Koran for themselves and find in it the bases of gender equality.

Catholicism’s derivative teaching, like Islam’s, is often guilty of misogyny. Philippine Commission on Women chair Remedios Ignacio-Rikken, a workshop reactor, reminded us of the harshness of the early and medieval Church fathers’ speech about women: they were “the devil’s gateway” (Tertullian); useless for anything but reproduction (St. Augustine); “defective and misbegotten” (St. Thomas Aquinas).

No Catholic bishop or priest today can talk publicly about women in that way without risking institutional sanction. From St. John XXIII on, popes have spoken clearly for women’s fundamental equality with men. The current pope, Francis I, urges that women be included in various levels of consultation within the Church, even though he has dashed hopes for women’s ordination. The Catholic Bishops’ Conference of the Philippines (CBCP) anticipated the papal mandate for women’s participation by more than two decades, calling in 1991 for their inclusion “in community discernment and the implementation of pastoral responses to local and national concerns” at “all levels of Church life, from parish organizations to the (CBCP).”

In my own talk on Catholicism, I spoke of equality between women and men as a Gospel imperative, manifested in Jesus’ dealings with women.

St. John Paul II affirms this imperative in his 1988 apostolic letter to women, “Mulieris Dignitatem.” But Catholicism often falls short of support for women’s rights because of fear that culturally embedded gender distinctions would be erased—particularly women’s disproportionate responsibility for family nurturance. This was one reason the Catholic Church was not as supportive of the Philippine Magna Carta of Women, a cornerstone law for gender equality, as its recent rhetoric on women’s rights might lead one to expect.

Whether from Muslims or from Christians, declarations that women are equal to men, but primarily responsible for the home, and only after that for the public sphere, ring as feeble as the social enterprise guru’s tribute to Filipino women. For women to be equal to men in the public sphere, men must equally share responsibility for the home. The refusal to acknowledge this part of the equation limits the potential of religions to empower women in society, in the polity, and in religious institutions.