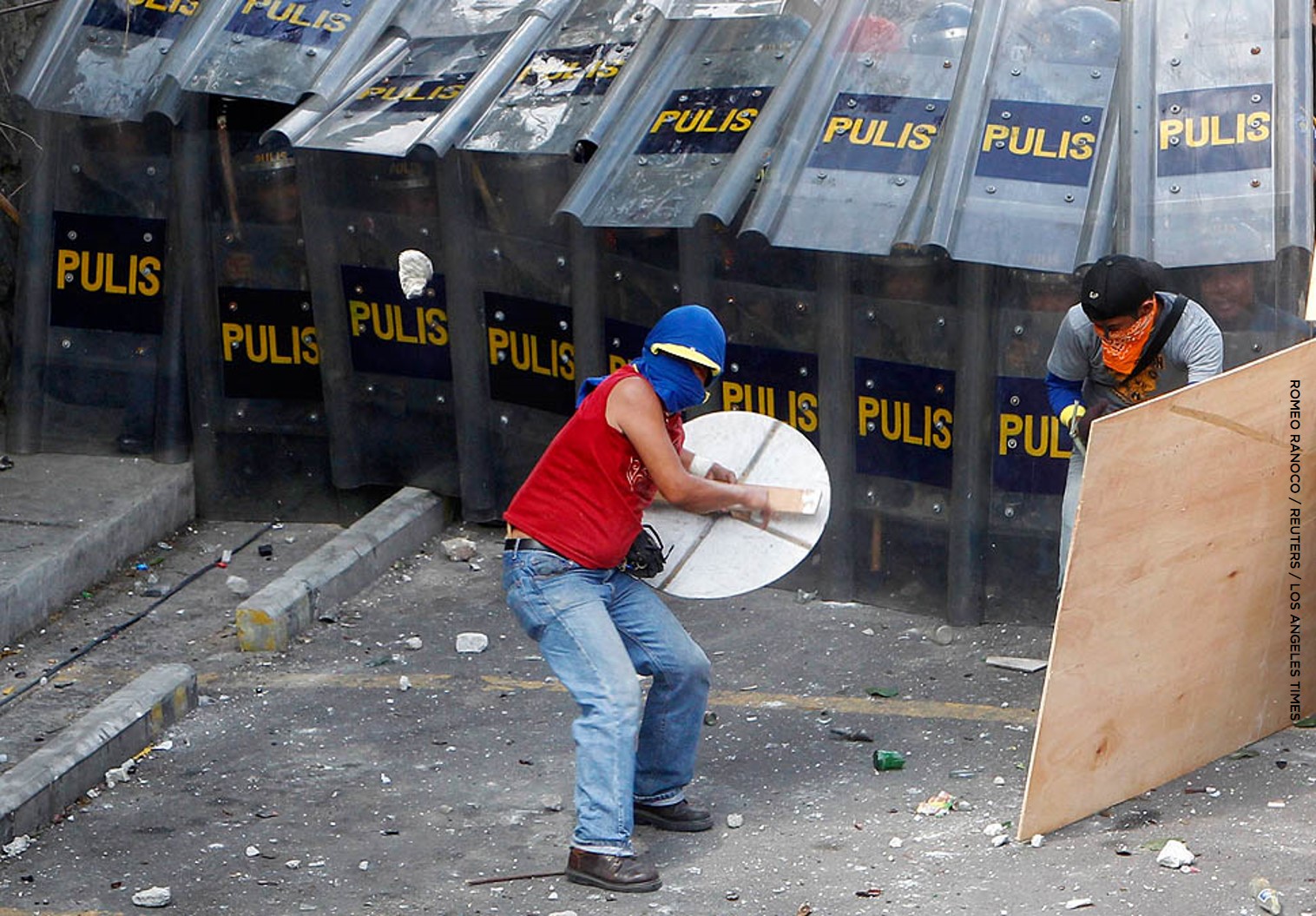 The violent demolition inside the Laperal compound in Guadalupe, Makati was not a simple clash between informal settlers (often characterized as law breakers) and the local government, supposedly the implementers of law. Many sympathized with the residents left homeless–first by a fire, then by the local government’s demolition crew. On the other hand, some thought the demolition was political will at its best. Mention of the Urban Development and Housing Act (UDHA) in news items, however, was almost nil, when this was the law either violated or implemented (depending on one’s point of view) during those fateful days in Makati. On hindsight, the confrontation in Laperal and the reactions it elicited brought to the fore the way the law is being understood.

Signed in 1992 by the late President Cory Aquino, the UDHA was government’s asset reform policy in urban land and housing. Its foremost objective was to “uplift the conditions of the underprivileged and homeless citizens in urban areas and in resettlement areas by making available to them decent housing at affordable cost, basic services, and employment opportunities.” However, unlike other asset reform policies like the Comprehensive Agrarian Reform Law (CARL) and the Indigenous Peoples Rights Act (Ipra), the UDHA did not mandate the granting of ownership or distribution of urban lands in favor of those illegally occupying these lands for a certain period. The UDHA did not make security of tenure by means of ownership an entitlement or demandable right of qualified beneficiaries of the law. The success of the program relied heavily on the initiative and political will of the local governments: they were to set aside lands for their informal settler constituents and prioritize on-site development. It did not result in a mandatory land reform program in cities, but the law underscored the importance of security of tenure in responding to urban poverty caused by the wide disparity in the endowment of productive assets like land and housing.

The list of (mis)interpretations is long, but one misconception that still lingers is that the UDHA encouraged squatting by giving informal settlers the right to resist evictions and demolition. In doing so, owners of private properties would be deprived of their right to enjoy the fruits of their asset. This is false. Under Sec. 28, the UDHA did discourage eviction or demolition, but the law allowed it in certain areas or situations: (1) if the community occupies danger areas such as esteros, railroad tracks, garbage dumps, riverbanks, sidewalks and roads; (2) if a government infrastructure project with available funding will be implemented; and (3) if a court order for eviction or demolition is issued.

These exemptions, however, do not justify forced evictions without due process especially if these involve the “underprivileged and homeless.” The UDHA listed down eight mandatory requirements that implementers of eviction should observe: (1) 30-day notice prior to the date of eviction or demolition; (2) adequate consultations on the matter of resettlement with the duly designated representatives of the families to be resettled and affected communities in the areas where affected residents are to be transferred; (3) presence of local government officials; (4) proper identification of all persons taking part in the demolition; (5) execution of eviction or demolition during regular weekday office hours and during good weather, unless there is consent otherwise; (6) no use of heavy equipment except for structures that are permanent and of concrete materials; (7) policemen in their proper uniforms who shall occupy the first line of law enforcement and observe proper disturbance control procedures; and (8) adequate relocation, whether temporary or permanent, even for those affected by court-ordered eviction.

Unfortunately, no agency monitors compliance with these standards, and violations are committed without reprimand. Informal settlers are left at the mercy of local governments, many of which have devised ways to circumvent the law. For example, consultations can be complied with by simply producing an attendance list of a meeting not necessarily with the affected families. Adequate relocation is not immediately provided by some local governments because they believe it is the national government, particularly the National Housing Authority, which should give the homes. The term “danger area” has been loosely used to target communities which some LGUs want to bulldoze out of sight. In the case of Laperal, it was declared a “danger area” only after it was razed by fire.

The Laperal compound is a private property. The owner has the right to have his land free of trespassers. The UDHA, or any entity or official actually implementing it (e.g., Local Government Secretary Jesse Robredo), does not prevent the owner from recovering his land. Neither does the law give special treatment to the urban poor. What the law ensures is that the right of urban poor settlers to secure tenure and decent housing is protected by observing the proper steps and safeguards. Protecting the welfare of the people is the primary role of government. This did not seem to be the case in Laperal where the local government itself wanted the community to be demolished immediately and refused to engage in any dialogue with the residents.

The UDHA is not a perfect law, but its being abused is mostly a result of poor and improper implementation. Nothing in the law justifies the use of violence by affected residents in Laperal to insist on staying in the area. But surely, the majority would have wanted a peaceful resolution if only they were given the chance and the venue to dialogue with the local government. The violent encounters between the residents and the city government could have been avoided if government first followed the law.