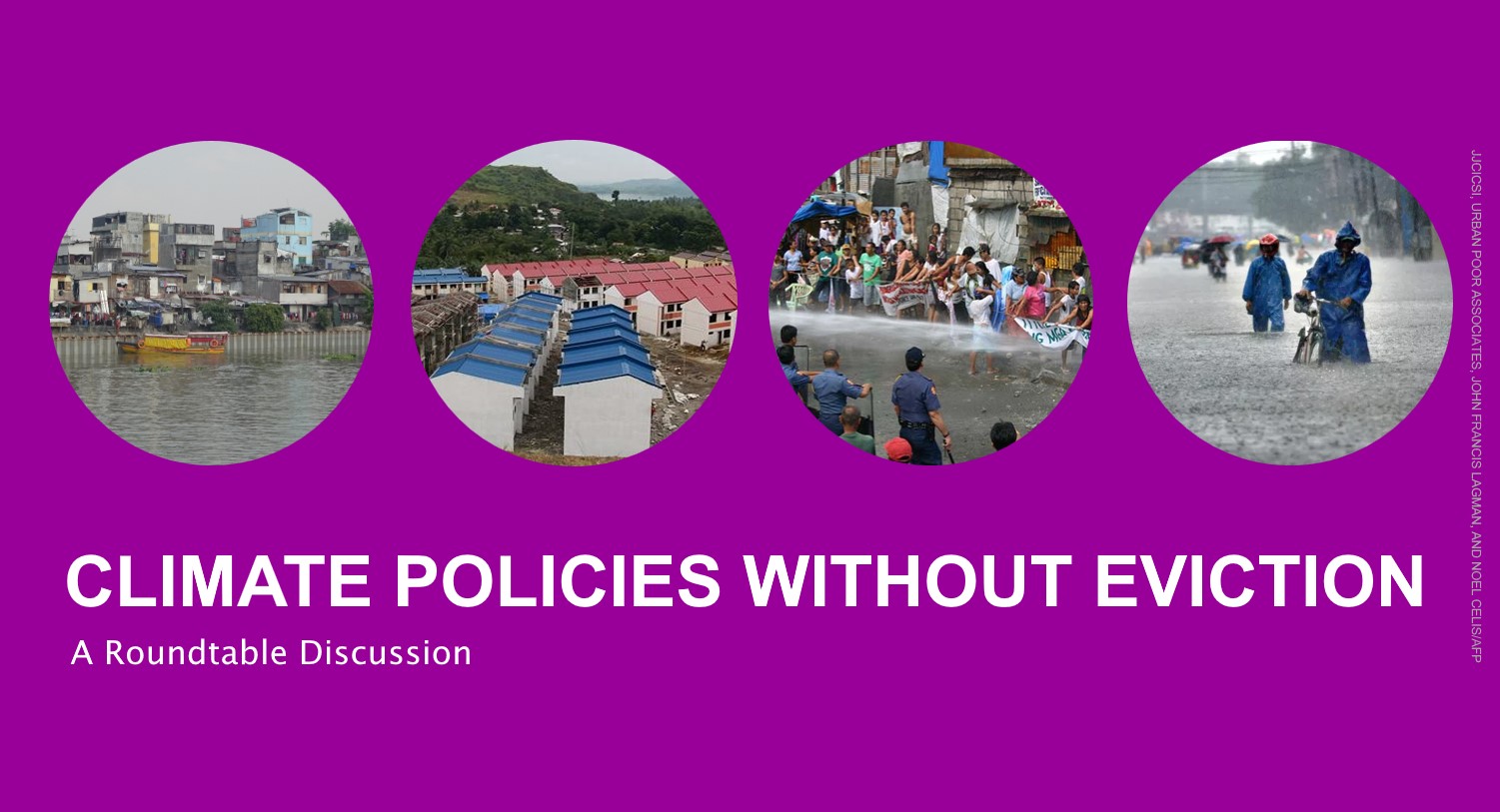 On September 15, 2017, the Department of Sociology and Anthropology of Ateneo de Manila University’s Loyola Schools and JJCICSI hosted a roundtable discussion on “Climate Change Policies Without Eviction”. The roundtable discussion brought together NGO practitioners to share the issues and concerns of urban informal settlers in areas affected (or would be affected) by climate change adaptation and mitigation infrastructure projects, as well as their initiatives in accompanying organized communities in their advocacy against eviction. The UN Special Rapporteur on the Right to Adequate Housing, Ms Leilani Farha, who was on a three-day academic visit in Manila, attended the event.

Among the cases presented were the following:

Engr Ermin Stan Pimentel, the head of the Cagayan de Oro City Housing and Urban Development Department, was also invited to share the city government’s effort in minimizing the displacement of families due to infrastructure projects through barangay-level shelter planning.